Join representatives from the Alaska District USACE to hear about program overviews and upcoming projects.

8:15 - 9:15 am - Transportation & Logistic Challenges During a Pandemic Expand

Come hear from Paul Friese, Lynden, Gideon Garcia, NAC, Dale Wade, Alaska Railroad, Bal Dreyfus, Matson & Joe Michel, Alaska Trucking Association on the challenges of moving freight during the COVID/Pandemic and what we might expect in the coming months/years. 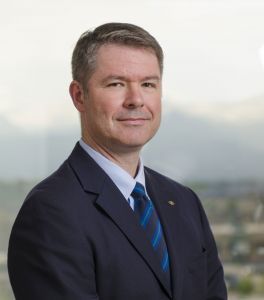 Gideon Garcia joined NAC in 2016 as the General Manager and Vice President.  Prior to working at NAC, Gideon was Chief Operating Officer (COO) of CIRI Alaska Tourism (CATC). There he oversaw hotel operations, whale watching boat tours, and a reservations call center team. Previously he spent 18 years working for Holland America and HAP-Alaska. During this period, he managed a variety of busines units in Fairbanks and Anchorage overseeing land tour operations for Holland America and Princess Cruise lines.

Gideon has a BA in Liberal Arts from The Evergreen State College and an MBA from the University of Alaska Fairbanks. 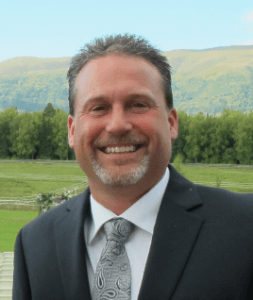 Paul Friese is the VP of Sales and Marketing for Lynden Transport Alaska.  He has been with Lynden for over 30 years. A resident of the Matsu Valley since 1984 – Paul is proud to have participated in the economic growth and development experienced by the Valley and Alaska over the past several decades.

Paul is married to Jenna Friese and has two grown sons, both married and lifelong Alaska residents, and recently became a proud grandfather to his new granddaughter. He graduated from the University of Alaska Anchorage with his associate’s degree in business, and completed his undergraduate degree in organizational management and communications at Concordia College in St. Paul, Minnesota.

For over 20 years Paul has volunteered as a hockey coach and referee in the Matsu Valley. He is also on the board of directors for Alaskans for Litter Prevention and Recycling (ALPAR), The Resource Development Council (RDC), and Keep Alaska Competitive.

You will often find Paul spending time with friends and family and hunting, fishing, biking, camping, riding snow machines, or otherwise enjoying all of the outdoor recreation Alaska has to offer. 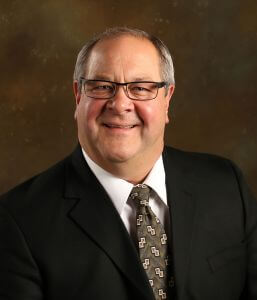 Dale Wade is Vice President, Marketing & Customer Service at the Alaska Railroad.  He joined the Railroad in January 2012 and heads the freight and passenger marketing department as well as Passenger Guest Services.  He is a 35-year veteran of the freight transportation industry.  Previous experience includes 15 years as national account executive for FedEx Corporation; and managing director and transportation consultant for AFMS Transportation Management in Portland, Oregon.

Dale has lived in Alaska since 1978.  He is married to Rebecca Wade, his wife of 45 years, and has 3 children and 6 grandchildren.

Join Steve Ribuffo & Sharen Walsh with the Port of Alaska for a Modernization Update. 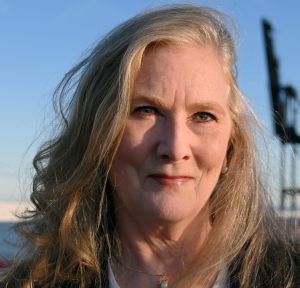 Sharen Walsh is the Director of the Port of Alaska Modernization Program (PAMP).   She joined the Port as Deputy Director in 2014 and has been serving as the PAMP Director since 2019.

Sharen is a lifelong Alaskan.  She has a bachelor’s degree in civil engineering from the University of Notre Dame and is a registered civil engineer.  She has 43 years of experience in design engineering, construction management, and construction contracting in both the public and private sectors.  Her project experience includes: housing, water, and sewer work in rural Alaska; defense contracting projects on Joint Base Elmendorf Richardson and on the Aleutian Islands of Adak and Shemya; and roads and drainage projects in the Municipality of Anchorage. 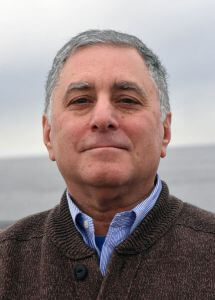 Steve Ribuffo is the Director of the Port of Alaska, an Enterprise Department of the Municipality of
Anchorage. In this capacity, he is responsible for overseeing the day-to-day business operations of
the Port; interacting as needed with tenants, the U.S. Coast Guard, the military and any new business
prospects interested in operating out of the Port. He has been with the Port since August 2007, when
he came aboard as Deputy Port Director. Mr. Ribuffo has been Port Director since June 2014.
Steve retired from the United States Air Force as a Colonel, having served 30 years on active duty. A
native New Yorker, he graduated from Manhattan College with a Bachelor of Science degree in
Marketing. He also has an MBA from Golden Gate University, and a Masters of Science in Logistics
Management from the Air Force Institute of Technology. He is an Accredited Maritime Port Executive.
Steve is a member of the Board of Directors of the Anchorage Downtown Partnership and the
Anchorage Economic Development Corporation Investors’ Council. He is Vice-Chair of the
International Association of Maritime and Port Executives’ Advisory Board. He is Regional
Representative for Alaska on the Association of Pacific Ports’ Executive Committee. He serves on
the University of Alaska – Anchorage’s Global Supply Chain Management Curriculum Advisory
Committee and is also an Adjunct Professor of Logistics and Supply Chain Management.

Update on the Mining Industry 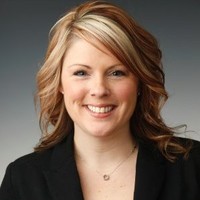 Deantha was born and raised in Anchorage and Big Lake, Alaska and is a graduate of the University of Alaska.

She came to AMA from the Resource Development Council, where she worked as a projects coordinator for seven years.  In that role, she advocated for the mining and tourism industries and managed efforts on the cruise ship head tax and mining shutdown ballot initiative campaigns, and administered the Alaska Alliance for Cruise Travel, an organization promoting tourism businesses benefiting from visitors to our state.

Deantha is a member of the Armed Services YMCA of Alaska, an organization dedicated to supporting military members and their families.  She has served on past Governors’ Transition Teams, is a recipient of the Top Forty Under 40 award, and was one of a delegate to the first-ever Conference of Young Alaskans.

Deantha is married to Mark, an Alaska Airlines pilot, and in their spare time they can be found involved in youth hockey or at their family home in Big Lake, where you can find Deantha snowmachining, boating, and running with her chocolate lab, Hank.

Update on the Oil & Gas Industry 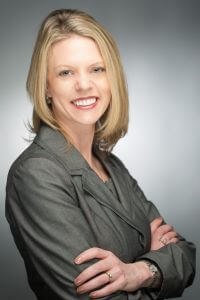 Kara came to Alaska from her home state of South Dakota to teach elementary school in Atqasuk, an Inupiaq village in the North Slope Borough. After working in Washington, DC for then South Dakota Congressman, now U.S. Senator John Thune, she moved back to Alaska and lived in Fairbanks for seven years. She has served as legislative staff in Juneau to Senator Gary Wilken and was the President/CEO of the Fairbanks Chamber for four years. She joined the AOGA staff in April 2005 and been the head of the association since 2012. She is a member of the Athena Society, a recipient of Alaska’s Top 40 Under 40 Award and was the Honorary Iceman at Eielson Air Force Base. She is a member of the Lumen Christi School Board and the Downtown Rotary Club of Anchorage and serves on the Executive Committee of the Resource Development Council. In her spare time she can be found serving as a taxi driver for her three children, Joseph, Maggie and Garrett to their many church, school and sporting events. She and her husband Gerry, an Alaska Airlines pilot, also enjoy their personal plane and exploring Alaska with the kids.

Jennifer Bolding, Bradison Management Group & Alaska Executive Search, Inc.  As certified staffing consultants, our team understands just how important hiring and on boarding can be for not only your employee, but your company’s success. Join our session to identify key steps you can take that develop trust, keep employees around, and save you time and money in the long haul. 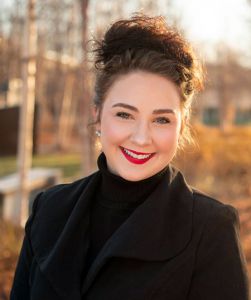 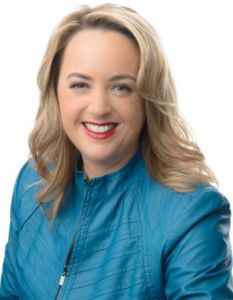 Katie Lauwers, Bradison Management Group & Alaska Executive Search, Inc.  Identifying, building and investing in your employees is something the most competitive companies suggest you can’t afford NOT to do. Today's workforce is looking to its leadership for support and trust at every stage of the employee life cycle, join our session to identify what critical steps you can take to meet your strategic goals, lower safety incidents, increase profitability, and take care of your most valuable resource. 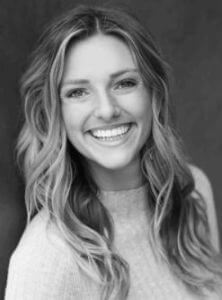 CEO/President/Managing Partner with Christian Muntean, Vantage Consulting.  75% of all business owners and senior executives are Baby Boomers. Most are thinking about succession - whether they plan on retiring or just moving up out of the day-to-day. The "Silver Tsunami" of senior leaders moving out of active leadership has begun. But many are finding it more difficult than anticipated. 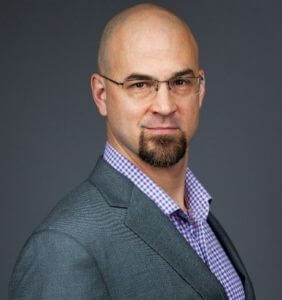 Christian Muntean has helped hundreds of businesses rapidly grow, increase profitability, and expand impact. He primarily works with entrepreneurial business leaders who are scaling their businesses or preparing to exit. He partners with owners, boards, and executive teams as they make game-changing decisions.

He has a Masters in Organizational Leadership from Eastern University. He is a Master Coach through Marshall Goldsmith Stakeholder Centered Coaching. Additionally, he is a Certified Exit Planning Advisor (CEPA) specializing in building freedom for owners while dramatically increasing the value of their businesses.

Christian is the author of The Successful New CEO and Conflict and Leadership. Both are used as graduate school textbooks. He is also a contributor to Forbes.com.

Christian lives in Anchorage, Alaska with his wife and three active children. He enjoys woodworking and practices Brazilian Jiu-Jitsu.